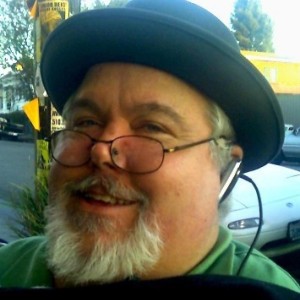 There be possible spoilers ahead!

The most recent episode of Glee, the new Fox television show about a struggling Glee Club, has stirred up some controversy in the disability community. At least in my corner of the disability community. You see a continuing character on the show is a wheelchair user, at least the character is a wheelchair user. The actor playing this part is able-bodied.

As an artist, I’d like to think the person with the most talent would get the part in any dramatic endeavor. Which would mean female actors should be able to play parts originally intended as male. African-Americans could play parts intended for Lithuanians etc. etc. Unfortunately that doesn’t happen very often. So the disability community is often left to protest able-bodied actors taking roles of people with disabilities from actors with disabilities.

Will suggests the Glee Club hold a bake sale to earn money for an accessible bus. Once they’ve made the money to get the bus, Artie (the wheelchair using Glee Club member) offers to use the money to provide more ramps in the school because he says the bus is effectively just for him where the ramps would provide more access to lots of others. A classmate says this would be a great idea, because then they wouldn’t have to carry him (Artie) into the theater for Glee Club rehearsals. What?! They have been carrying him into class every day? That is not what I would call reasonable accommodation for anyone. It’s discouraging that in 2009 so many very basic principles to assist people with disabilities in assurring our equal rights are either unknown to the show’s creators or they are just ignoring them.

Will also suggests that in order for Artie’s classmates to be more sensitive to his life that the Glee Club should all use wheelchairs for three hours a day. I know it used to be (and still is at times) popular to have the able-bodied “experience” life as a person with a disability. I have always thought that this particular exercise trivializes the lives of people with disabilities. No one can get any closer to understanding our experience by spending any defined period of time sitting in a wheelchair. Because a non-disabled person always knows they can end the experiment anytime by just standing up. It’s insulting to suggest that spending a little time sitting in a wheelchair or wearing a blindfold or earplugs is illuminating.

I also thought the show demonstrated a basic misunderstanding of disability. Having a disability isn’t just being a wheelchair user or using crutches or having a seeing eye dog. Disability is much more diverse than that. Disability includes intellectual disabilities, learning disabilities, anxiety disorders, psychiatric disabilities and combinations of all of these circumstances. It’s true that one of the storylines dealt with with cognitive disabilities, but the main story line with Artie and the Glee Club undercut the little that was good in the episode.

Artie’s ongoing crush with Terri ends badly in this episode. Throughout the episode Terri begins to ask about Artie’s disability. Most of the time he relates his frustrations with Terri’s struggles with her stutter. Eventually, Terri confesses to Artie that her stutter is an affectation. She is very shy and discovered that with a stutter people expected less from her. She could stay in the background where she was more comfortable. Artie responds badly suggesting that her pretend stutter was just being dishonest and not an attempt at dealing with a difficult anxiety disorder. Which left the impression that somehow Artie’s disability was “real” and in need of understanding. While Terri’s wasn’t. All in all it was a pretty disappointing episode.

Today I was scheduled to get my first Spinraza treatment. I’ve been told that I am the first Medicare recipient to get treated. Because of

For those who don’t know already, I’m disabled by a neuromuscular disease called Spinal Muscular Atrophy type 2. Because certain motor neurons near my spine

Dear Guy Who Wants Me to Stop Talking About Feminism

That Crazy Crippled Chick: Dignity of Loss: Something that’s talked about a lot in disability circles and special education circles is something called dignity of